This Chapel was built in 1890, and is situated on London Road. 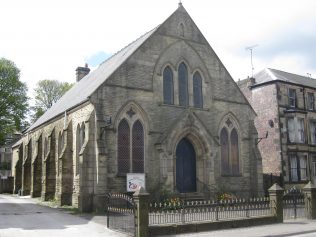 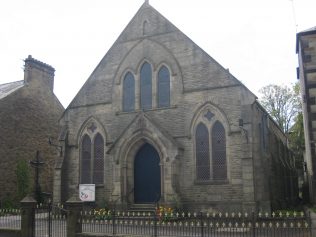 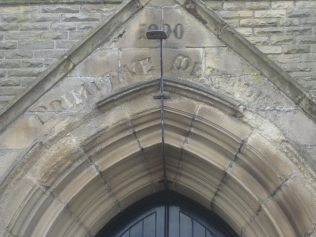 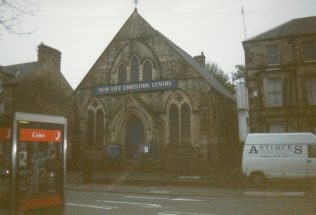 Buxton Primitive Methodist Chapel is now used by the Buxton Community Church and is still open.

earlier chapel on the site

The chapel in the photographs is the second chapel on the site. There’s an account by Thomas Randall in the Primitive Methodist magazine for 1871 page 245 of an earlier one, together with a Sunday school and adjacent minister’s house,  opened in 1869 , Most of the account is about how much it cost and how the money was raised. The 1869 chapel was replaced by the present building only 20 years later; there must have been a problem.

“Buxton—After being subjected to considerable inconvenience for the last forty years for want of a suitable building in which to worship, our society in the town of Buxton is now established in the occupancy of a neat and commodious chapel.

From the balance sheet, which has Just been presented, it appears that the cost of its erection, including nearly a thousand yards of freehold land in the main thoroughfare of the town, is £8530. Towards this amount the sum of £447 has been raised ; £83, in outstanding bills, the trustees intend to beg as speedily as possible, leaving a debt of £300 upon the building.

Detached from the chapel, and facing the road, a minister’s residence has been erected at a cost of £259, the interest of which is met by the circuit.

To all the before-mentioned friends, and to many others who deserve honourable mention, but whose names cannot be here inserted, great praise is due. THOMAS RANDAL “