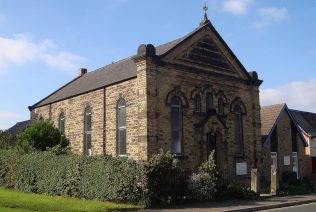 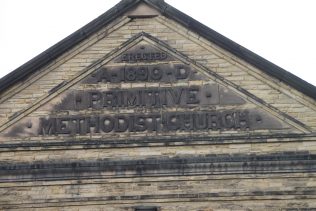 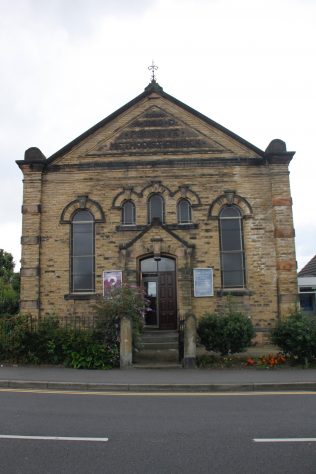 Genuki identifies that the PM Chapel at Beighton was built in 1891, although the picture identifies the building was erected in 1890. Originally the chapel was in Derbyshire, but in 1967 the city of Sheffield expanded its boundaries to include this parish within its urban borders. Records of the chapel are held in Sheffield Archives.

A little of the difficulty encountered when building the chapel in the first place is set out in the Primitive Methodist magazie of 1890. It tells us that the memorial stones have been laid, but it took them a long time to be able to replace the small cottage they had previously worshipped in.  A number of the chapel post holders moved away and they had difficulty obtaining a site. In the end, a Sheffield man gave them a quarter of an acre and a firm of solicitors conveyed it free of cost.