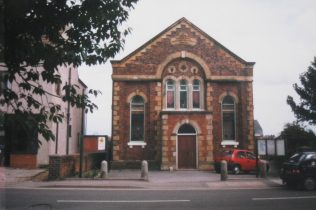 David Smith has written a detailed account of the development of Primitive Methodism in Clowne and the construction of the present chapel in 1877 available at:

The chapel was known as Mount Zion.

The Primitive Methodist magazine records the laying of the foundation stones on July 18th 1891 and gives us background.  Jeremiah Gilbert missioned the village 66 years previously and for fifty years worship was conducted in a barn before the chapel was built in 1877. The society soon outgrew it and wet about enlarging it in 1891.