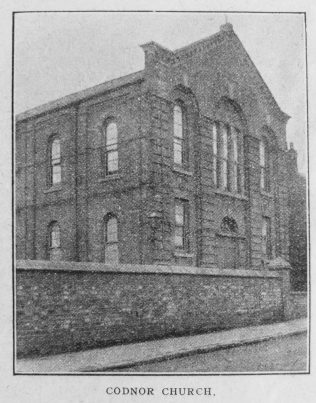 Participating preachers were Rev. J. Stephenson and Messrs. Bennett and Smith. The date was August 25th 1861.

On the 1881 Ordnance Survey map, a Primitive Methodist chapel appears on the western side of Needham Street, close to its junction with Jessop Street. By 1900 this is labelled as “Sunday School” and a new chapel has appeared on the westerns side of Wright Street. In 1915, “Sunday School” has changed to “Institute”; in 1939 it is “Hall” and in 1852 has no label at all. The building footprint disappears by 1968. In 1968 Wright Street Methodist church still exists, but there remains no apparent evidence on Street View in 2008.