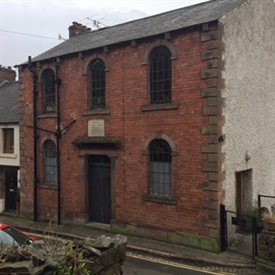 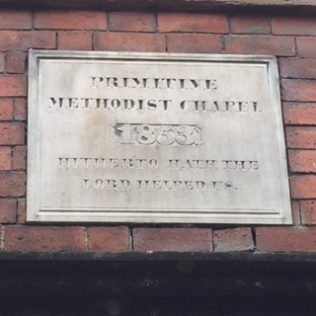 Described as “a romantic and picturesque town”, Cromford was first missioned some thirty years earlier and the society had been meeting in a rented room.  When the rent doubled, the society decided to look elsewhere and bought a piece of land for £73.  The foundation stone was laid by Mr J Smith of Butterley Park, with the assistance of no less than five ministers – the Revs J Stevenson, T Shaw, D Jowett, J Eckersley and J Hirst.

On Google Street View in 2016, the chapel still stands and retains its date stone.  Its use at that time is not clear.