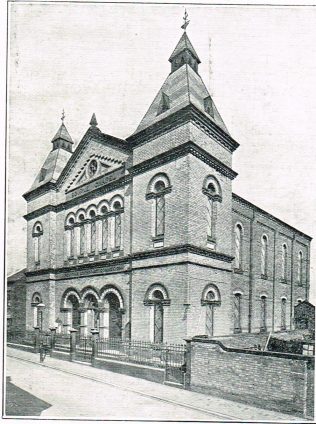 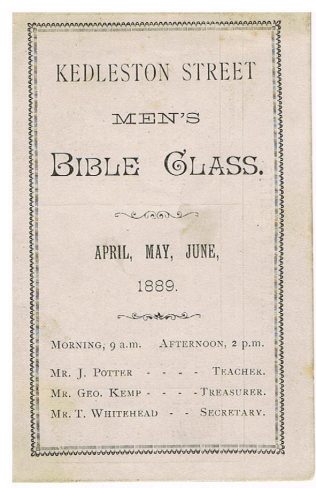 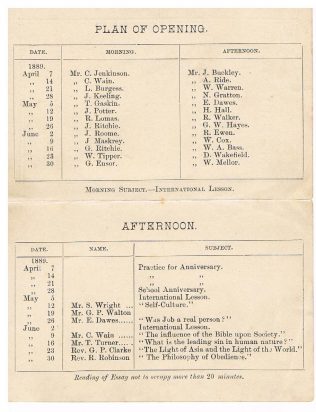 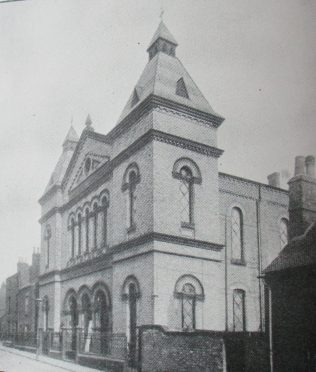 In 1913, the Primitive Methodist Conference met in Kedleston Street Church. Known as Bourne Chapel, it was the largest PM Church in Derby, and became the head of the Derby Second Circuit in 1871.

Preaching began in a house in Brook Walk, and the early Primitive Methodist society then moved to Gisbourne Street. The first chapel was built in 1848, during the ministry of Rev John Hirst, and his colleague Rev S Bottomley. This was followed by a great revival, with people walking miles from villages and nearby towns to share in the services. It is said that William Hickingbottom, ‘a Diamond in the Rough’, walked here from Belper.

The church has now been demolished.

Editors note{CH} The Primitive Methodist magazine tells us more about the 1848 chapel. In the September 1848 Magazine (page 562), J Hurst tells us that the chapel was opened on July 9th 1848. The Magazine for 1851 (pp 53-54) contains an account of the re-opening of the first 1848 chapel.  Almost immediately it was too small and was rebuilt; the re-opening services on September 1st, 8th and 22nd September 1850 were well attended; on 22nd, “hundreds were unable to gain admittance.”