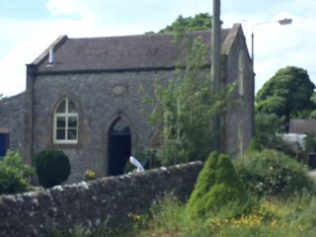 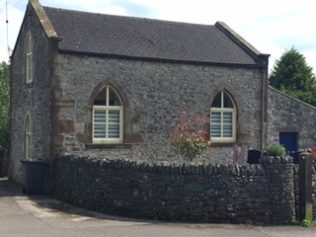 This is located in a tiny hamlet only one mile to the north of the main parish settlement of Hartington itself. It was in the main village that there was a Wesleyan chapel, and Primitive chapels were established at a distance from the village itself to the east and west. Heathcote is to the east of Hartington.

In 1851 the religious census recorded an 1835 building. This was in the Winster P.M. circuit, and the chapel records from 1869 to 1944 are held by Derbyshire records.

It is understood that after closure the former chapel, which lies immediately adjacent to Chapel Farm, became a farm store, then converted to holiday accommodation, but is now a private residence.

There is a date stone, over the central doorway, but any original inscription is no longer remaining. It is also understood that there is no remaining memorial or chapel item in the building.