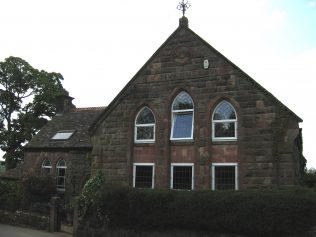 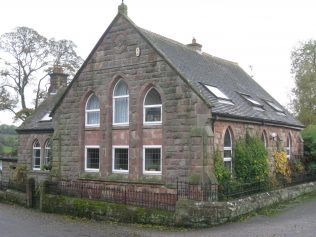 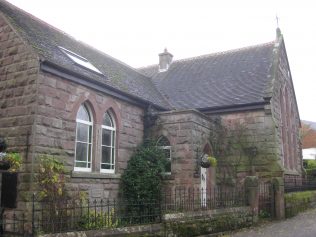 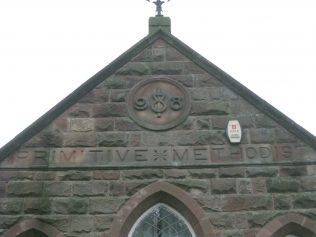 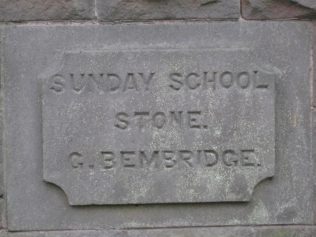 The History, Gazetteer and Directory of the County of Derby 1857 describes the Primitive Methodist Chapel in Hognaston, built in 1827, as a neat brick building.

The present building (on the right) has an inscription to record that it was once a Primitive Methodist Chapel. Though not easy to see in the image here, its date stone records 1898 in an unusual way. It has a large central figure ‘8’ with smaller figures of ‘9’ and ‘8’ on either side of it, so appears to read ‘988’.

Further images are available in the small publication on the history of Hognaston.

The building is now used as a private residence.

With their photographs taken in October 2013 included in this page Elaine and Richard Pearce commented:

Hognaston is a small village close to the reservoir Carsington Water.

Two local families the Websters and the Bembridges were an important part of the chapel society.

The chapel closed for worship in the 1980s and is now a delightful private dwelling.

Hognaston: A History of a Derbyshire Village edited by Gill and Mike Pratt pp59-60

History, Gazetteer and Directory of the County of Derby 1857