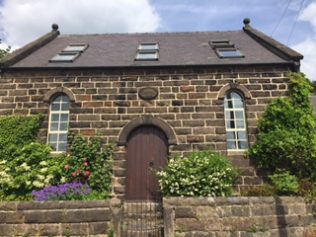 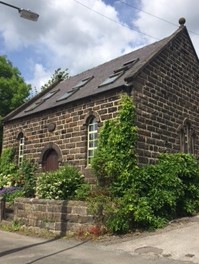 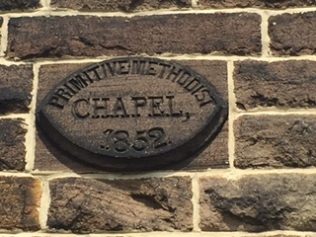 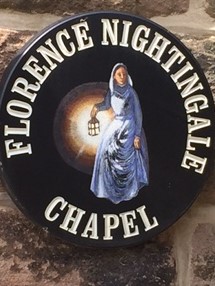 Located nearly end of Chapel Lane, on the right of the lane (vehicular access with care).

Kelly’s Directory records a Primitive Methodist chapel built in 1883, and “the old chapel built in 1852” which became the Sunday school. It was described as a “neat stone building in the old English style of architecture, and will seat about 120 hearers.”

1852 also saw the building of the present Methodist chapel in Church street, known as John Smedley’s chapel, formerly a Free Methodist chapel, and subsequently a United one.

It is understood that the Primitive Methodist chapel closed in 1965.

It now has a sign stating “Florence Nightingale’s chapel.”