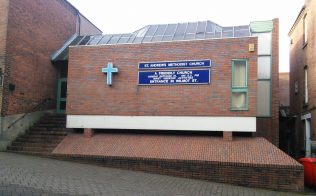 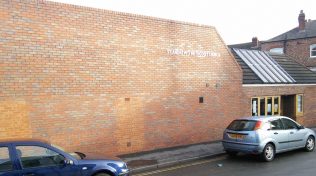 The Old Ilkeston website quotes much detail from an article in the Ilkeston Advertiser (1916) celebrating the centenary of the Primitive Methodist Church in Ilkeston, and other articles from the same newspaper 50 years later which outline events in the story of Primitive Methodism in Ilkeston.  They include:

The Bath Street chapel building was demolished in 1973, along with the Wesleyan Chapel also in Bath Street where in 2015 the Wilknson shop is sited.  The two congregations united to form St Andrew’s, which now occupies the same site as the former Primitive Methodist.

The Primitive Methodist magazine for May 1853 gives an extended account by William Carthy of the opening of the Bath Street chapel in 1852 and the background to it, including difficulties in obtaining freehold land when most of the area controlled by the Dike of Rutland.

The article does not say when the chapel was opened, but the opening services ended on Monday January 3rd 1853. Preachers included Revs R Jukes, J Brownson, C Lace, JA Baynes, G Syme (both of Nottingham) and John Corbin of Derby.