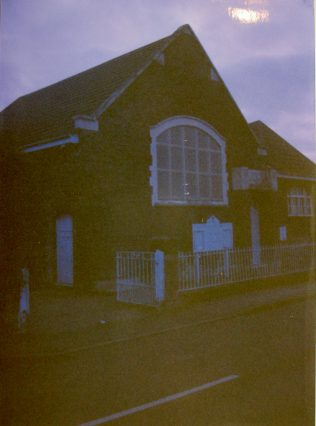 The chapel was opened in 1909.  In the late Twentieth Century, the Society was amalgamated with those from the former Wesleyan chapel in Station Road, Church Gresley and High Cross Banks Primitive Methodist chapel.  It is still active as Trinity Methodist church in 2015.