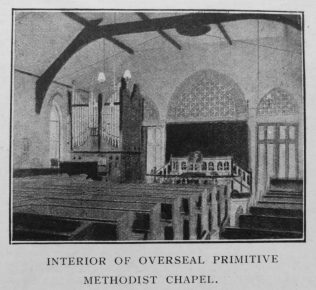 zoom
From an article in the Primitive Methodist Magazine 1912 about Moses Bourne.

George Broadhurct (Linton) laid the stone. T King and  J. Brining preached. Tea for 350 from all the surrounding villages was provided.

Goster Leys turns out to be Gorsey Leys. The chapel is shown on the 1:2,500 Ordnance Survey map of 1883 but has disappeared by 1901. Are any of the buildings in the area the remnants of the former chapel?