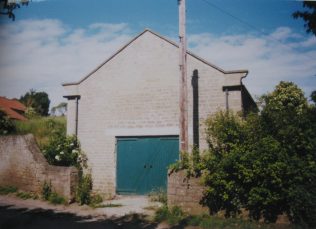 Scarcliffe Primitive Methodist chapel was founded in 1858 although the notes accompanying Keith Guyler’s photograph say 1868.   He says that it was closed in 1987.

The chapel was in Main Street, opposite the School. It was a rectangular stone building, end on to the road, with 2 windows in the sides, now blocked up.  At the time of the photograph and on Google Street View in 2009 it was in use as a garage/store.