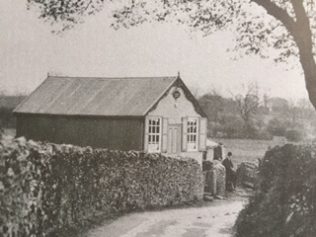 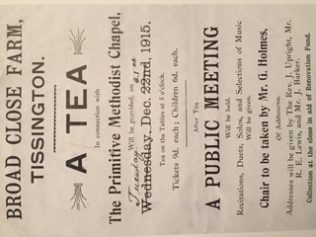 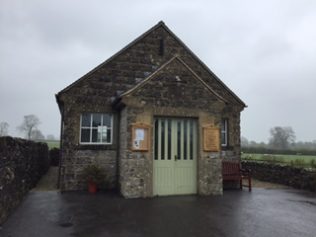 The first Primitive Methodist chapel, constructed of wood and a corrugated iron roof was built in 1866 on land not belonging to the Tissington estate- hence its position on the edge of the village. It is away from the houses and cottages of the village on a back lane.This was replaced by the present chapel on the same site in 1955, with the dedication service on 6 August 1955.

The chapel had its own brass band in the early 1900’s.

The chapel remains open for worship, and is normally open during the hours of daylight for visitors to have free access.

It is a part of the Ashbourne Methodist Circuit.