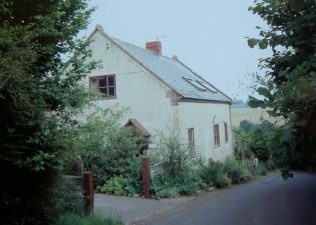 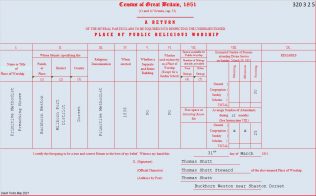 zoom
Buckhorn Weston: return from the Primitive Methodist preaching place to the 1851 Census of Places of Public Religious worship. Return no: 320 3 2 5
provided by David Tonks 2021

Buckhorn Weston is a village west of Shaftesbury. The return from the Primitive Methodist preaching place in Buckhorn Weston to the 1851 Census of Places of Public Religious worship was completed by the steward, Thomas Shutt. He tells us that 30 people attended the evening service on Census Sunday, 5 more than was usual.

After closure the chapel became a house – The House on Shepherd’s Hill.”  Google Street View ignores the road where the 1945 Ordnance Survey map shows the chapel to be located.