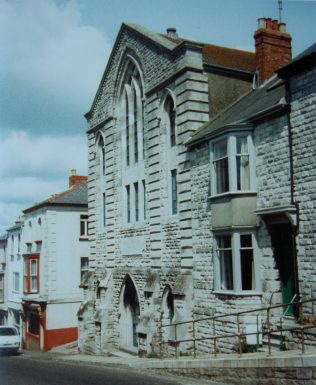 In 1972 the Portland Dramatic Society began its occupation of the former chapel and at the time of Keith Guyler’s picture in 1989 it was in use as the Royal Manor Theatre.  It is still in this use in 2015.