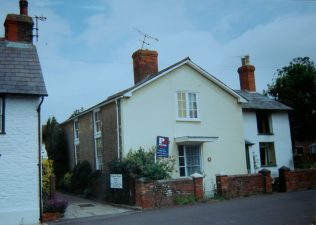 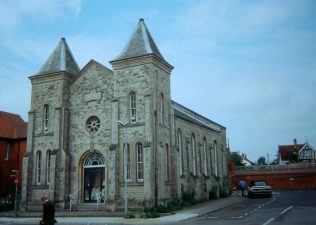 The first Primitive Methodist Chapel in Gillingham was built at the top of Turners Lane in 1838 (8 Turners Lane SP8 4BG).  At the time of Keith Guyler’s photograph in 1994 it had been turned into a house.

Many of the churches and chapels in Gillingham were rebuilt or enlarged in the second half of the nineteenth century. The Primitive Methodists built a new chapel in Queen Street in 1876.  After closure it became Churchbury House.  It is still there on Google Street View in September 2011, although what it is used for is not apparent.  Keith Guyler said that in 1994 it was a clothing factory.