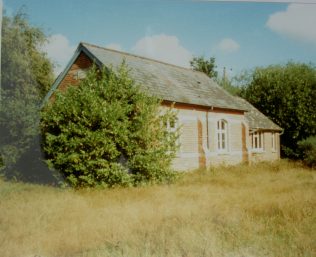 Three Legged Cross Primitive Methodist chapel near Verwood was opened in 1893.  At the time of Keith Guyler’s photograph in 1990 he described it as semi derelict.

Although a local website refers to it as having been converted into a house, I am unable to track it down on Street View.  Can anyone locate it and say what has happened to it?