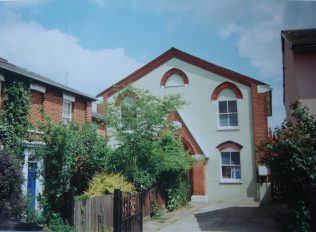 The Artillery Street chapel was built in 1839 when the PM society reached a membership of 55. C.H. Spurgeon was converted in that very chapel in 1850 by a sermon, possibly by Samuel Nightingale who preached there. The chapel became the head of the Colchester circuit in 1859 and by 1873 it reported having 70 members and congregations of up to 300 people. Unfortunately, these membership numbers did not last and began to decline in the late 1870’s but by 1887 had regained its numbers to 66 members and a congregation of up to 250 people. The church was renovated in 1892 and closed in 1957. In 1994, the building was reported as being the Spurgeon Memorial Evangelical Church after the conversion story.