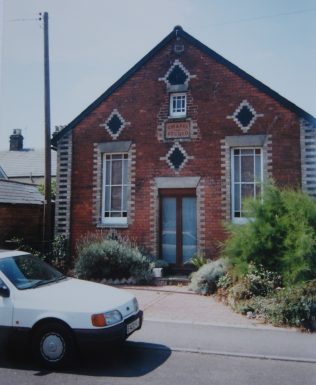 Opened in 1862 and ceased to be used as a chapel in 1984. The Primitive Methodist building was built to seat 150 congregation members using pew-seating. The chapel was relatively small as it was without any school hall or other rooms. This chapel gained its nickname of “the four diamonds” due to the poly-chrome brick work pattern on the front of the building. Unfortunately, this building ended up being damaged during the war period but was restored. In 1984, the Burnham-on-Crouch chapel in Albert Street was closed as the congregation joined with the United Reformed Church and used their church building in Station Road. Following this amalgamation, the unused chapel building was transferred into a house by 1994.