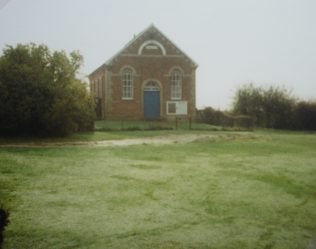 Primitive Methodists first began their mission to the village of Clavering, in Essex, in 1841 and from this the first chapel was built in 1844 which was made from timber and plaster. This chapel was later replaced in 1877-8 with a brick-built chapel that stands today. However, the chapel was supposed to have not performed baptisms, marriages or burials due to no registers being found on site and so it is believed that these were conducted in other chapels and churches in Clavering. Regular service continued up until rather recently but due to dwindling numbers the building was put up for sale. The Methodists from the chapel joined the surrounding URC and Anglican churches and the building was reported as being a private house in recent years.