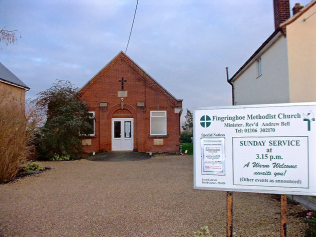 zoom
Fingringhoe c.2000: not strictly a Primitive Methodist chapel as it was built in 1934 but the land was bought before Union!
provided by Andrew Topple, Church Steward 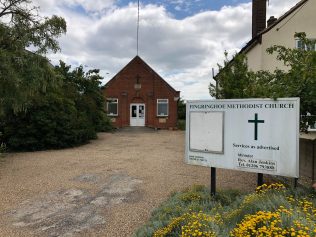 Land for original Fingringhoe Primitive Methodist chapel was purchased in 1863 for £10.

The land for the present chapel (which is on a different site) was purchased in 1929. The building contract was for £611 and the old chapel sold for £40.

In 2020 the chapel is retained by the Colchester Circuit and holds occasional services.

Thanks to Martin Broom for the information in the comment below and to Andrew Topple for the photographs. The chapel in the pictures was opened in 1934, after Methodist Union in 1932, but the land was purchased in 1929 so in my mind that counts as a Prim chapel!