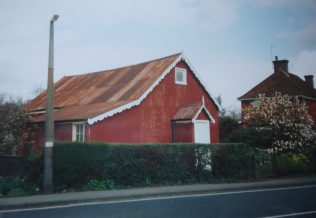 Keith Guyler’s notes accompanying his photograph do not give any detail about High Garrett Primitive Methodist chapel such as opening or closing dates.

All he says is that it was used for storage in 1996 and is “now cottage” – although I’m not sure when now is.