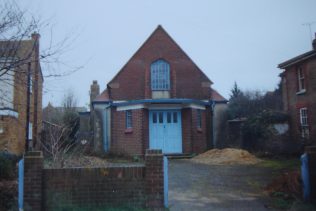 The village of Wakering in Essex was home to two chapels, Great Wakering and Little Wakering. The Primitive Methodists began worshipping in a small wooden building at Barling which was transported in sections to a site in Little Wakering from 1888 onwards and was opened and established fully in 1911. This building was later replaced in 1935 by a permanent chapel but the original building was retained for Sunday school meetings. By 1940, the chapel held 250 people with pews and had built on two school rooms and 2 other rooms but unfortunately the chapel suffered bomb damage during WW2.