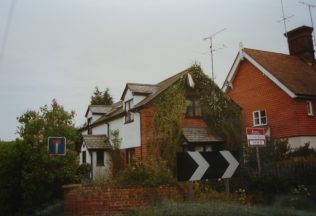 Little Walden Primitive Methodist chapel was established to serve the far workers and farmers of the village.  It closed in the 1930s and at the time of Keith Guyler’s photograph and on Google Street View in October 2014 is in use as a house – named by Mr. Guyler as Crown Cottage.