To Build A Chapel 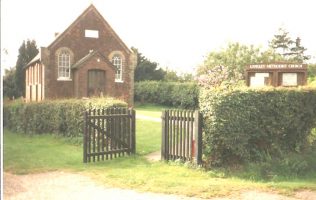 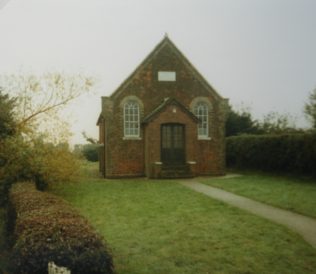 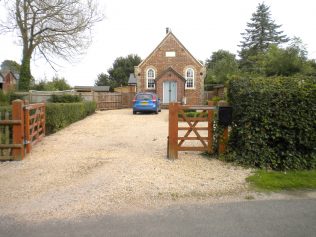 The account written by a Methodist Minister on the station, the Reverend John Moore begins, “Previously to the Primitive Methodists missioning Langley almost the whole of the inhabitants thereof were living in total ignorance of saving religion, and the greater portion of them were basely wicked, and wild as heathens.   About 12 years since Edward Wheeler and William Howlett and others went from Nuthampstead, and held prayer meetings there which were followed by preaching in the open air by brother Samuel Cole, Local Preacher of Clavering whose powerful and plain preaching and praying were made a great blessing to many souls. The place was put on the Station’s Plan, a house was obtained and regular religious services were established.   Many conversions have taken place and now we have a society of forty-one members, six of whom are Local Preachers and the moral condition of the village is greatly improved”.

But the Primitive Methodist people at Langley were not satisfied with meeting in a cottage and soon began to work towards building a chapel. We learn from the Primitive Methodist Magazines that in September 1860 the minister J Moore applied to Woodham Death Esq. of Langley Hall,  for a piece of land on which to build a Chapel; and at the same time he wrote him a concise  history of the Connexion with its statistics, and an account of its Chapel-Building Department.   The Connexion ’s amazing progress and prosperity (of which he had very little knowledge previously) so affected and astonished that gentleman that he responded by letter, requesting Mr Moore to meet him at Langley on a certain day, to have a personal interview with him, saying he would give them  a piece of land.   They met on the day appointed, at Langley, and the kind gentleman generously measured and gave 10 Rods of good freehold land from one of his meadows, and gave a donation of ten shillings, and one of his daughters gave £1.

The Account Book of the Langley Chapel Trustees beginning with the first entry on the 5th of December 1860 shows that the people had begun to work towards the new chapel and at a meeting on that date brought their donations and money they had collected to a total of four pounds, fourteen shillings, and eleven pence. This came from 31 people in sums ranging from one shilling to ten shillings, (except Mrs George Wisbey who had raised fifteen shillings and eight pence with a collecting card). Further meetings were held in March, May, June, August, and October and at that point twenty pounds, nineteen  shillings had been raised. During this time some of the money had come from “Tea Meetings”. At that point it was recorded that six pounds had been borrowed from the Trustees of  Ickleton Chapel.

Work on the chapel commenced and on the 7th of April 1862the Foundation Stone for the new Chapel was laid by a Mrs Irwin, and a sermon was preached in the Baptist Chapel by her husband, the  Rev J H Irwin, Independent Minister of Great Chishill.

On Sunday May 24th  1862 the Chapel was opened by J Moore of Saffron Walden, J Adams of Melbourne, and G Barker of   Newport. As was the custom the opening continued on the next Sunday the 1st of June, with Mr Henderson and J Bird of Sawston, and on Sunday 8th June by E Masterman and C Norman. They had another special “Reopening” by Mr S J Wallis on Sunday  November 2nd  the said Chapel was reopened  by Mr S J Wallis.

J Moore in the Primitive Methodist Magazine describes the Chapel as follows:- “The chapel is most pleasantly and eligibly situated, and is a most substantial and beautiful little edifice, built after the Norman Style, with red, white and blue bricks and stone and is an ornament to the village.

It is  24 feet long by 20 feet wide, and 17 feet from the threshold to the ceiling, and is in every part properly ventilated.  It has a platform across the Chapel, 1 foot  4 inches above the Chapel floor, instead of the old fashioned pulpit. The floor of the Chapel is of good batten, and inclines from the platform to the front door 5 inches to every 10 feet.   It has six double hung sash windows, and a beautiful coloured-glass one over the front door… The congregations are good – the chapel will accommodate about a hundred and twenty with seats, eighty in pews, which are all let. It pays its way well.”

Donations were received from other chapels on the circuit and fund raising continued. It was recorded the entire cost of the chapel, including Lawyers bills, and all other expenses was £135 16s, towards which £49 16s has been raised, leaving a debt of  £86 on the premises.

The Chapel was Connexional property, and its deeds were duly enrolled in the High Court of Chancery, and it was duly  registered, and was insured in the County Fire Offices for £100 The land belonging to this Chapel was given by  Samson and Woodham Death, Esquires, of Langley Hall.  The builder of the chapel was Mr Thomas Savill of Barley Herts., and the Architect – Rev John Moore  P.M.M.

The Trustees appointed from the members were George Wisbey, a dealer and then

When we look at the Trustee’s Account’s Book for the first ten years we can note:

From these accounts the Trustees had to pay

As time went on a Vestry was added to the building and later on a porch and toilets,  and  a Burial Ground obtained.

The activities of the congregation continued with Sunday Services (three each Sunday) and Sunday School,  mid-week with a Women’s Meeting in an afternoon on a weekly basis and a Fellowship Meeting one evening a week. The small village Brass Band practiced in the vestry.  Events like Bazaars and “Services of Song” were held.

So the life of the chapel continued. Changes would come with Methodist Union in 1932, and with the effect of the Second World War, the building of the chapel had its influence on many people and the community in which it was placed.

Eventually a declining congregation and a lack of support led to the closure of the chapel, and while the graveyard, at the rear of the chapel with many recent burials was retained in the care of the Circuit, in 2007 the chapel was turned into a dwelling place