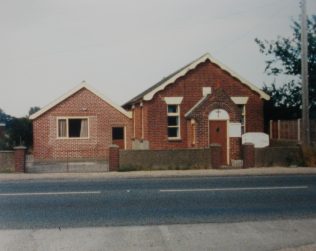 Services at the opening were conducted by E Blake of Ipswich and Robert Church who described them in the Primitive Methodist magazine.

The chapel had closed by the time of Keith Guyler’s photograph in 1988. On Google Street View in September 2012 it is in residential use – the Little Chapel.