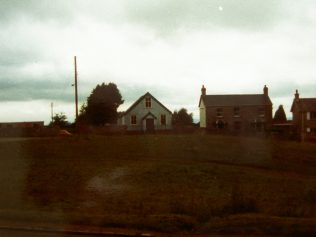 Edge End’s tin chapel was built in 1892, one of what would be 15 Primitive Methodist chapels in the Forest of Dean.

Tongues of Fire newspaper in 1903 asked for prayers for a  forthcoming mission at Edge End on February 1st to 12th, by Miss Moore and Miss Keene.

The Primitive Methodist Leader for December 23rd 1915 reports on the Lydbrook Quarterly Meeting held at Edge End on December 2nd.

“The sum of £2 10s. was sent for the Army service work. Rev. G. Rennison was invited to superintend the circuit for the next Cannexional year with an increase of salary. Arrangements were. made for the visits of the President and ex-President in April. The station reports prosperity.”

By 1992, Edge End was one of the 6 Forest chapels still in use.  Later, Edge End chapel amalgamated with Mile End chapel.  They closed in September 2004 and joined with Coalway Pisgah chapel.