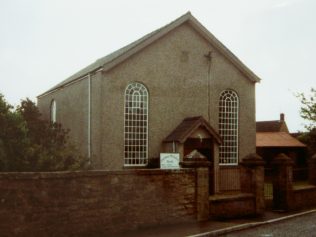 After several attempts, the Primitive Methodists revived their mission to the Lane End district of the Forest of Dean in 1857 and built a chapel called Pisgah at Coalway in 1861.  Wikipedia tells us that ’Pisgah’ is said to be the name of a mountain in the Holy Land, more usually known as ‘Mount Nebo’ in the area east of the River Jordan, and north-east of the Dead Sea.