heard the voice of God speaking .. from the secret place of thunders: Chapel Lane RG19 8BE 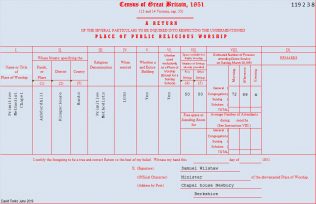 “Ashfordhill, Newbury Circuit.— On Sunday, October 5th, 1856, a substantial chapel, 30 feet long, 20 feet wide, and 13 feet high, was opened for Divine worship, when Mr. S. Turner preached morning and evening ; and Mrs. Deacon in the afternoon. The services were accompanied by the awakening and converting influences of the Divine Spirit.

On Monday, the 6th, a tea meeting was held. at which about a hundred friends attended. In the evening a public meeting of thrilling interest was held. The addresses delivered by Messrs. Williams, Bew, Rosier, Turner, Mrs. Bew, and Mrs. Deacon, were characterized by great earnestness. The chapel was filled with the Divine glory, and a sinner cried aloud for mercy during the speaking, as if he had heard the voice of God speaking to him from the secret place of thunders. The spirit of deep distress was poured upon others, and the work of conversion auspiciously advanced to a late hour; but how many were translated from the kingdom of Satan into the kingdom of God’s dear Son at these interesting services, I am unable to say.

The society at this place has set an example worthy of imitation, in extinguishing its old chapel debt, before venturing to request permission to build a larger one. The collections and subscriptions amounted to £18 and £14 11s. 6d. were promised for the anniversary of 1857“

The chapel is still marked on the 1975-6 Ordnance Survey map, but is not visible on Google Street View or Google Earth so has probably been demolished.