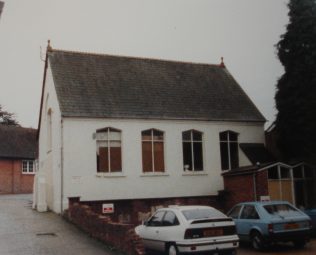 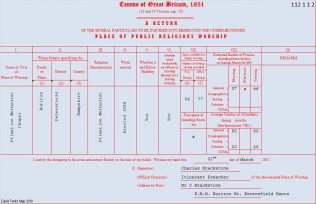 Buriton Primitive Methodist chapel was erected in 1848, and on the return to the 1851 Census of Places of Religious Places of Worship attendance at both morning and evening services averaged 80.  The return is completed by Charles Brackstone, itinerant preacher.

The 1881 Primitive Methodist magazine tells us that society at Buriton was working to acquire greater accommodation, and planned to re-open a renovated chapel with room for a Sunday school.

By the time of Keith Guyler’s photograph in 1988 it had closed and was in commercial use.