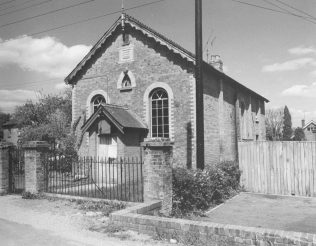 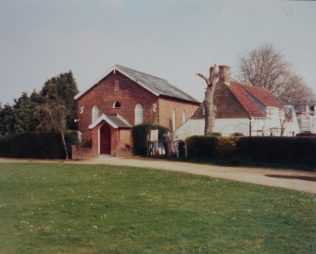 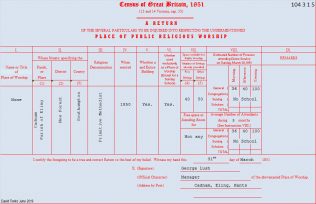 The present Cadnam Methodist society started as a Primitive Methodist Society in 1833.  They met in a small building, possibly wooden, which stood on the site of “Roselands” at the rear of the Cadnam Police house. In  1865  a piece of unfenced wasteland, part of the New Forest was acquired  to build a new chapel  The society was part of the Sway Circuit and the Superintendent minister at the time was Rev. John Wright.

In 1965, because of increased traffic using the popular A31 holiday route to the South Coast, the society relocated to the former Congregational Church.  This is the chapel in Keith Guyler’s picture; although his notes label it as the former Primitive chapel, it is actually the same as the building shown on the current church website (2014), located on Old Romsey Road by the White Hart.

For some years the old chapel by the roundabout was retained and used as a hall. After the present church hall was opened in 1978 the old chapel was sold and two houses were built on the site, one of which is called “Chapel House”.  Thanks to Gordon Lewis for providing the photograph of the original Prim chapel. Gordon tells us that “To the left of the chapel was a large garden with the caretaker’s house at the back. I cannot remember if the house was joined to the chapel or not.”

The story of how Cadnam Primitive Methodist chapel grew  into the current Cadnam Methodist church can be seen on the church website.