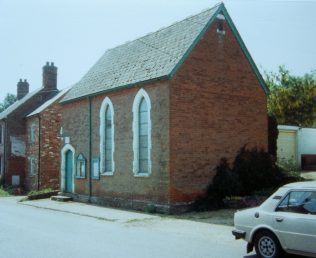 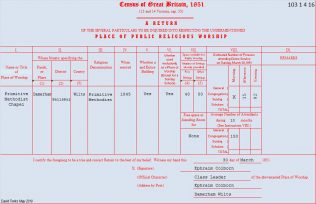 The Damerham Domesday book in 2000 says that the First Primitive Methodist Chapel in Damerham was founded in Mill End in 1845. It was a wooden, single storey building which was converted into a dwelling after Mr Colbourne had arranged to have the building in return for a piece of land in the High Street, where the new Chapel was built and opened in 1877. It was built by local craftsmen with locally raised money.

It suffered bomb damage during the Second World War when the balcony moved away from the wall by an inch.  It was later strengthened.