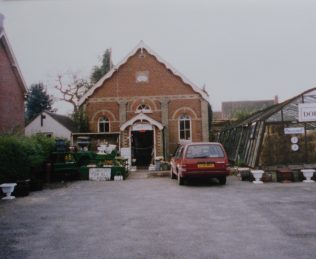 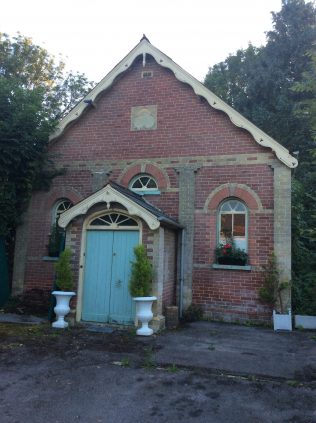 Bethel Primitive Methodist chapel in Droxford was opened in 1886.

The notes with Keith Guyler’s photograph in  1992 say that it was used as a garden centre.

In July 2015 it is not clear whether it is still being used as a garden centre – there is a greenhouse next to it  but much sign of life!