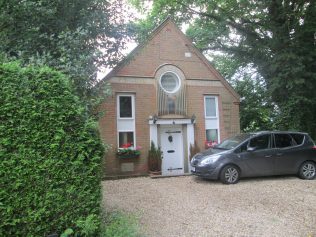 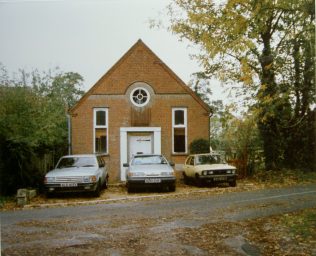 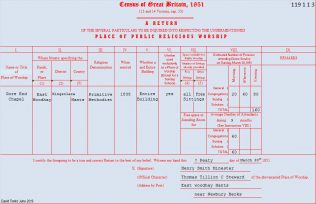 This 1914 chapel, now a house, is near East Woodhay (pronounced woody) which appears frequently in the early archives. East Woodhay never had a chapel, but I was speaking the other day (June 2015) with a man who lives there, now in his 80s, who told me that people used to walk the approximately two miles to Gore End chapel. His grandfather was a local preacher, based at Gore End, and went all over the Circuit preaching in the chapels; he himself recalls happy times at the chapel in his boyhood.

We may be sad that the witness has been extinguished, but we may also dwell on the words of Ecclesiastes 3:14: “I know that whatever God does endures for ever; nothing can be … taken from it.”

Editor’s note (CH):  The chapel closed in the 1970s.  After closure it was used as offices and on Google Street View in April 2009 it was occupied by  by Foster Waite Organ Builders. By 2015 it was in residential use.