a small chapel, a personal reminiscence 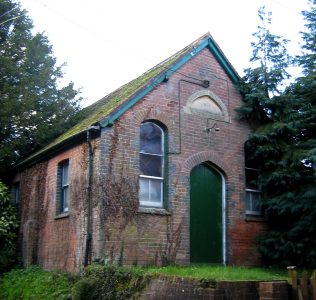 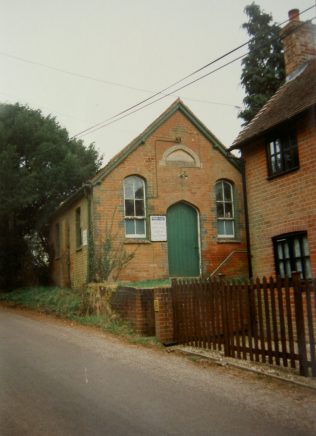 When I was a boy, I used to enjoy bike rides round the Hampshire countryside with my friends, and after I came to believe in Jesus Christ (via the ex-Wesleyan church in Basingstoke) I soon became aware on those rides that the area was dotted with Methodist chapels. This made me increasingly aware that there had once been a widespread and powerful work of God’s Spirit in that part of the country, and for some reason the little chapel at Hannington, tucked away inconspicuously on a hillside beside a narrow lane leading up towards the village centre, seemed to encapsulate that movement, and to speak to my own awakening heart of what had been and, I believed (and do still believe), could be once more. The image of it never left my mind, even till nearly fifty years had passed.

Sometimes what may appear small or even insignificant can have a deep and lasting effect.

From the journal of Isaac Septimus Nullis, 1866

1st March: On 20th February I assisted to hold a Meeting at Hannington, and one elderly woman professed to find peace.

20th March: Last night at Hannington, a woman, the wife of the first convert in this Revival, got saved. It appears the husband of this woman, and five other persons, attended a Tea Meeting at Pit Hall [Wootton St Lawrence] on Christmas-day last, when all six were brought to Jesus. These six men were the first members here [Hannington], and all joined at the same time. This circumstance has been wonderfully blessed by God in this neighbourhood.