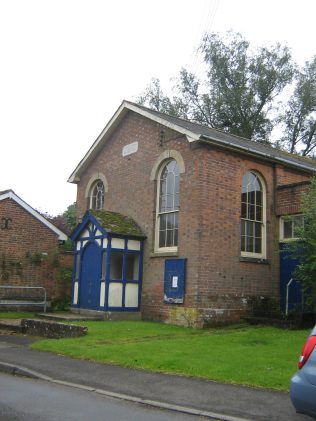 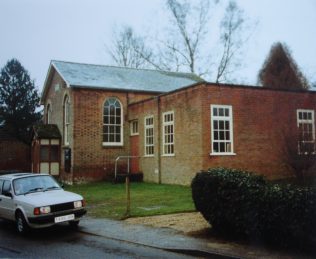 In April 1831 Primitive Methodist minister Thomas Russell, “with supplications to the Lord for his help and blessing,” set out to mission the northern portions of Hampshire. He tells us in his booklet Primitive Methodism in Berkshire that:

on Sunday, April 10 [1831], I walked ten miles to Ashfordhill, in Hampshire, and preached twice… Thus, with mingled feelings, I started for “labours more abundant”, beyond the Hampshire Hills; and on Sunday, April 17th, 1831, I began at Hurstbourne Tarrant, and went on to mission new places, often preaching six times on the Sabbath besides every day in the week.

There was at Hurstbourne Tarrant in Hampshire, a man who for years had been in great distress, bordering on melancholy… but coming, in company with others, to hear Elizabeth [Smith]… he soon found peace. This caused us to have pressing invitations to visit other places in the north of Hampshire, where a most blessed work broke out.

Hugh Bourne preached in Hurstbourne Tarrant in June 1832, whilst visiting the Hampshire mission.

D. M. Briant in Methodism in Hurstbourne Tarrant (undated, ca 1950) records that a class ticket for the Hurstbourne Tarrant society, dated 1850, is evidence that the society existed by that date. Services were held at cottages in Ibthorpe, one known at the time of his writing as Poore’s Cottage and the other as The Malthouse.

The chapel was built in 1864; it is in fact in Ibthorpe, which is in the parish of Hurtsbourne Tarrant and is more or less the same place. Regrettably the chapel is now closed.