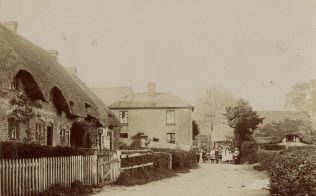 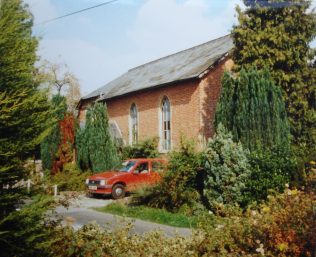 zoom
1869 Longparish Primitive Methodist chapel as it was in 1990. By then it had become a house.
Keith Guyler 1990

Primitive Methodist evangelist George Wallis was appointed to begin missionary operations in Andover and the vicinity in the spring of 1833. He was 21 years old. He first visited Andover on the morning of Sunday 5th May accompanied by friends from the villages of Hurstbourne Tarrant, Littledown and Linkenholt.

Over the ensuing weeks the mission was extended to several places – including Longparish, which offered violent opposition. It was seen as a place where drunkenness and other vices prevailed to a fearful extent. Mr. Wallis first preached there on the 8th of May, 1833; a large congregation assembled, some of whom listened with attention, but others made a disturbance. He preached there again on the 17th, when he was pelted with rotten eggs and there was much disturbance for the peaceful part of the people. He went there again on the 24th, when the persecutors became furious they threw down the fence of a garden, and broke in pieces the stool upon which Mr. Wallis stood, and rendered preaching impossible.

Edward Bishop’s Journal relates that on 21st May 1837 he was present at a camp meeting at Longparish. “The preachers were powerfully helped from heaven and hundreds listened with marked attention.”

The chapel was built in 1869. In 1870 Longparish was in the Basingstoke Circuit; in 1892 it appears on the Mitcheldever Circuit plan.

The photograph shows Chapel House – the large house facing you – and behind it the roof of the Primitive Methodist chapel. Both were sold and demolished in the 1960s, but if you go to that part of Longparish called Forton, OS grid reference 420435, you will find a house called Apple Tree Cottage. It has a surprisingly large front garden, and that is where the chapel once stood.

The Wesleyan chapel is now a house, and the Baptist chapel has also been demolished.