...and a wise new minister 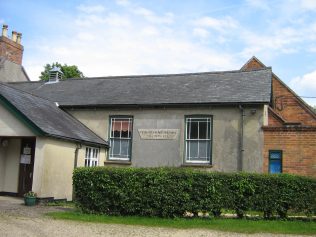 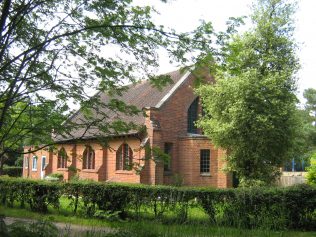 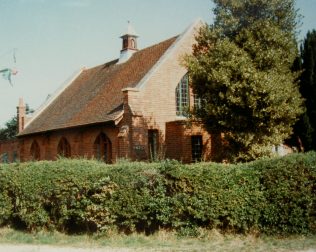 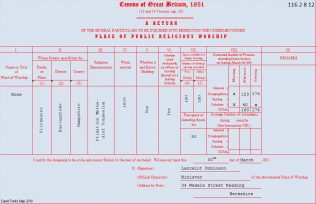 It was in 1834 that the first Primitive Methodist house meetings were held in Silchester. The following year a structure of tree branches covered with furze from the common was built; or, in an alternative version, from Berkshire County Record Office’s notes, the Primitive Methodists were worshipping in 1834 in a house made of tree branches and furze.

On 17th September 1835 the house – the same one? – was full for preaching. At that time, Silchester, West End and Soke, which are about a mile apart, had been alternately holding a 5 o’clock prayer meeting on Sunday mornings for about a year.

On Thursday 19th November 1835 John Ride preached at Silchester. “The house being so excessively crowded, it was with difficulty I spoke to the people.”

On Sunday 27th October 1839 the chapel in the top photograph was opened. It is still in use, but is now the hall, with the newer red-brick chapel seen behind (and in the photograph below).

On the day of the 1851 census Silchester chapel attracted a congregation of 123, plus 40 children, in the afternoon, and 174 in the evening.

But soon things began to go seriously wrong. Because of troubles that began at Silchester, more than 124 members of the Circuit were prepared to be severed from their spiritual home in Primitive Methodism, from half a dozen local causes, including Silchester itself. Eight or more local preachers were expelled or resigned, plus an exhorter and a prayer leader, and many of the chapel’s trustees were disaffected with the circuit authorities.

On the other side, the Circuit authorities wrote reports calling people weak-minded and a poisonous leaven.

The troubles rumbled on from 1848 till at least 1855, but in due time the crisis passed. The 1855 Circuit Report records the advent of a new and obviously tactful minister, James Symonds, who was stationed on the Silchester side of the circuit. He:

has had to do with the party from whence the greater part of the unpleasantness and opposition has proceeded, but by his mild and judicious but firm treatment of the parties named he has won the esteem and we believe the affection of most.

The same Report continues with the happy words that “lately the work of the Lord has broken out on that side and we are enjoying a gracious outpouring of the Spirit.”

What can we learn from all this? We may learn to hope and pray that God will grant his church wise and tactful ministers in these days too. And we can perceive that the Primitive Methodist revival, amidst all “the power and the glory”, was made up of men and women with shortcomings, weaknesses, failings, follies and sins – like us.

Using such people, God achieved a mighty and widespread work, for the work was his, not man’s alone. “Lord, do it again!”