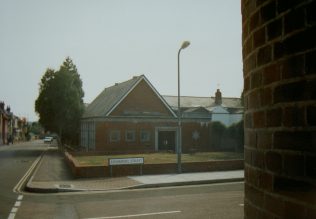 Bevois Town Primitive Methodist chapel in Liverpool St opened in 1867 and according to Keith Guyler’s notes closed in the 1950’s/1960.  At the time of his photograph in 1995 and on Google Street View in  May 2014, it was in use as a Jewish Synagogue.