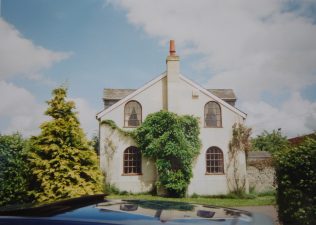 Stroud Primitive Methodist chapel near Petersfield was opened in 1867.  It was closed immediately after the Second World War in 1946 and between 1957 and 1975 it was in use as a farm building.  At the time of Keith Guyler’s photograph in 1994 it had been converted into residential use.

It is still used thus in Google Street View in 2011.