You are here: HomenextChapelsnextHampshirenextSnextSwampton, in the Bourne Valley, Hants.

Swampton, in the Bourne Valley, Hants. 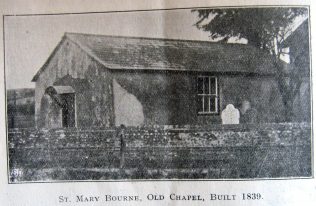 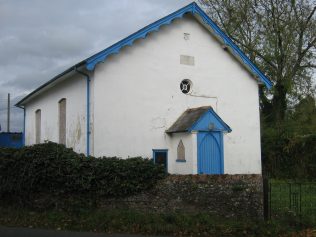 Elizabeth Smith was born in Ludlow on 10th January 1805. Her father was a wholesale glover, but he left his family and enlisted on a ship, leaving his wife with six children, of whom Elizabeth was the youngest. She came to faith in Christ at about Christmas 1825, and joined the Primitive Methodists in Ludlow. She attended a Primitive Methodist prayer meeting and for the first time spoke publicly in prayer:

and while she was praying, the power of God came down in such streams that a stout man fell down as one shot in battle; and they had a glorious time indeed.

Following the June quarter-day meeting of 1826 she was requested to speak for the first time at Ludlow, and having satisfied the people, was appointed to hold meetings in other places. The September 1826 quarterly meeting received a request for a preacher to be sent to Radnorshire, and Elizabeth was appointed to go. The minister she later married wrote: “Sinners being born again, was her chief motto; and this to be effected through the merits of Jesus Christ, was the substance of every sermon.”

To a friend she wrote: “Precious souls have been brought out of darkness into light, and brought to praise redeeming grace.” For hours together she used to spend time alone in the nearby mountains, reading the Bible and wrestling with God in prayer for an outpouring of the Holy Spirit. And yet she had her own conflicts, often struggling against a temptation to atheism.

Later her “enterprising mind contemplated a field of missionary labours in Hampshire.” She moved down the valley of the Bourne in Hampshire, and established a society first at Faccombe. She composed a hymn containing the lines:

Throughout 1831 the work was concentrated in the villages in and around the Bourne valley. Frequently it required travelling on foot nearly 100 miles a week, preaching in eight or ten places, visiting a number of families every day, and leading classes.

The second photo shows an early Primitive Methodist chapel in the Bourne valley, at Swampton, St Mary Bourne. The date over the door is hard to read, but it looks like 1859. This replaced the chapel opened in 1838. It seems that the plaque bearing the date was transferred from the original chapel, which is why it is now hard to read.