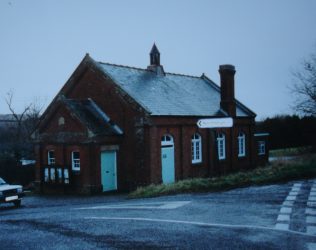 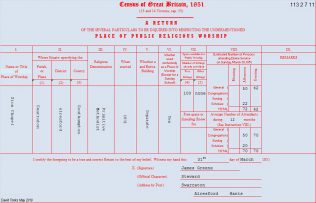 The 1851 Census of Places of Religious Places of Worship contains a return by James Green, the steward, on Swarraton Primitive Methodist chapel.  It shows that the chapel was erected in 1831 and seated 100.  Attendances were on average 50 in the afternoons and 70 in the evenings with an afternoon school with 20 scholars.

Keith Guyler did not add a date to his picture of Swarraton Primitive Methodist chapel to show when it was opened, so it is not clear whether it is the 1831 chapel or a later building.  He does say that it was closed in the 1950s when it became the village hall.

The chapel is not marked at all on the 1945 Ordnance Survey Sheet 168 – Winchester. It is very clearly there on Google Street View in July 2011.