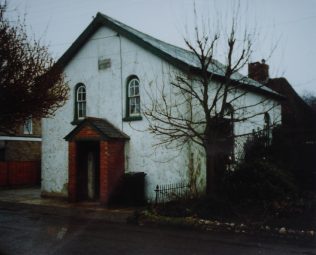 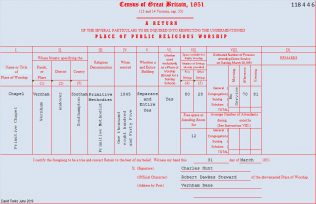 The Vernham Dean Primitive Methodist chapel in Keith Guyler’s picture was opened in 1869.  It replaced a previous building that was opened on October 26th 1845. The 1845 building seated 108 with standing room for 12.  Charles Hunt and Richard Dawkes, the steward, tell us that the afternoon attendance was 70 and in the evening 81.

In Keith Guyler’s photograph  the chapel appears disused.  On Google Street View in 2009 its use is unclear.