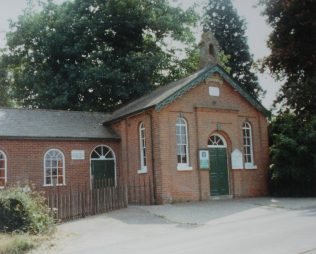 Waltham Chase Primitive Methodist chapel was opened in 1869 and was part of the Droxford Primitive  Methodist Circuit which was formed a year later in 1870.

An extension was added to the original chapel in 1980 to provide a kitchen area and additional room as the church has been growing rapidly as new houses were build in Waltham Chase. The Church was extended again in 1997 to become a large comfortable and modern worship centre