Parchment Street, Winchester, SO23 8AT 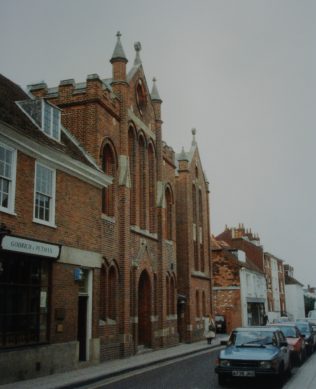 The Primitive Methodists took over the chapel in Parchment Street in 1853 and it was rebuilt in 1903.   The foundation stones were laid on 28th May 1903, with Sunday School children also laying bricks to mark the occasion, and the opening services were held at the end of the year.

It was closed in 1973 when it combined with the Peter Street congregation.  Keith Guyler in the notes alongside his photograph in 1989 describes it as used by the Samaritans.  In 2015 it is used partly as Wesley House flats and partly as Winchester Business Centre.