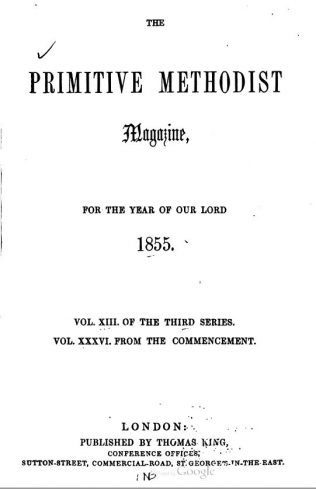 At Tholomas Drove near Wisdbe(a)ch they had previously had to climb a ladder to get into their meeting room which was a granary.

Some things never change: it took them a very long time to acquire a chapel in East Street Walworth as they had difficulty affording any land.

Some accounts give lots of detail – at Kelsey Moor (Market Rasen circuit) they painted the hatrailing. Some accounts hint at bigger issues – at Camblesforth there were threatening but unspecified problems.

Occasionally humour sneaks in, usually unintentionally: at the opening of Ebenezer chapel in Stickford there were ”sermons of varied excellency”. At Doncaster Spring Gardens Alderman Meek was unable to attend so sent a cheque as a substitute.