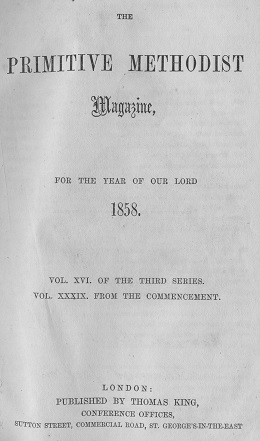 In the 1858 volume of the Primitive Methodist magazine there are 54 openings, re-openings and foundation stone layings reported.

At Kingstone in the Cwm circuit members of the parish church “exerted themselves to procure ground not so close to the church” for the Primitive chapel.

At Faversham in the Canterbury circuit, the society had been thrown out of two previous meeting houses before it built its chapel.

Some members at Tetbury were unhappy with the previous chapel  as it was too close to the pub.

At the opening of Kings Lynn chapel, children were provided with plum pudding and roast beef.