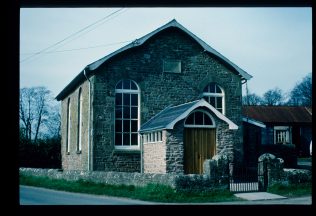 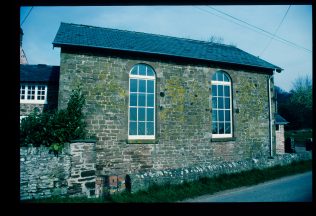 A Primitive Methodist Chapel was built on the site in 1834 and rebuilt in 1858.

The chapel closed in 2012, although it was briefly re-opened for the funeral of a local teacher in October 2012.

A planning application was accepted in February 2015 to use the premises as a shop for a temporary period of two years from 1 March 2015.

The Prims first missioned there in 1822 and the new chapel, which had a blue slate roof was so well attended with a thriving Sunday school that it was already too small by the date of its opening. (CH 05/2017)

In the magazine twenty four years later, Thomas Hobson writes about the opening of the 1858 chapel. At that time the village had around 500 residents and there was an upsurge in membership. The old chapel was taken down and a new one nearly twice the size erected – 33′ x 23′, stone built with a blue slate roof and boarded floor. It cost £120 of which they hoped to raise £40

It opened from December 19th 1858 with services and a tea meeting for 130. Speakers were Thomas Hobson, Rev J Richards, Bros Hughes Shephard, Davues and Hall.