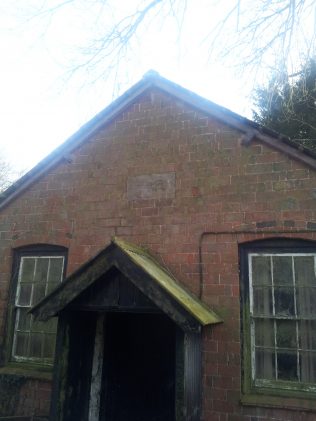 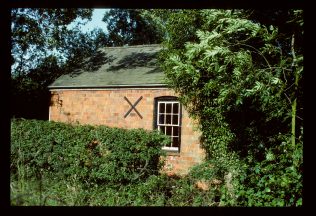 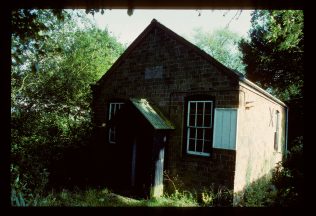 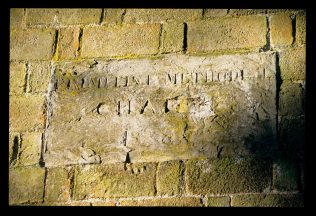 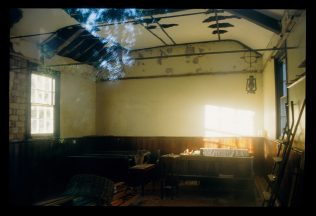 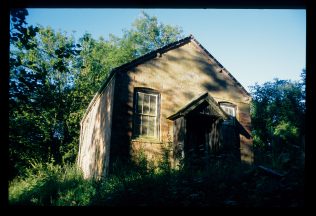 This one room chapel is in the wood just off Broad Moor Common at OS 603360 about 3 miles from the site of the chapel at Hampton Bishop. It must have been in use quite recently because there appears to be an electric organ in the chapel. It is on sale right now through the offices of Watkins & Thomas, Hereford Estate Agents so there is a strong chance that the chapel will not be standing much longer. There is an excellent set of photos on the Watkins & Thomas web site. Local folklore holds that the farmer who built it also built the cottage next door. The structure is what I describe as brick on edge an extraordinarily flimsy structure though the chapel looks rather more robust than the cottage which appears to be supported by fresh air.

On the East side above the stream which drains the common there is a stone foundation, which might be evidence of an earlier building on the site. If my local experience is anything to go by the other walls may have no foundations at all.